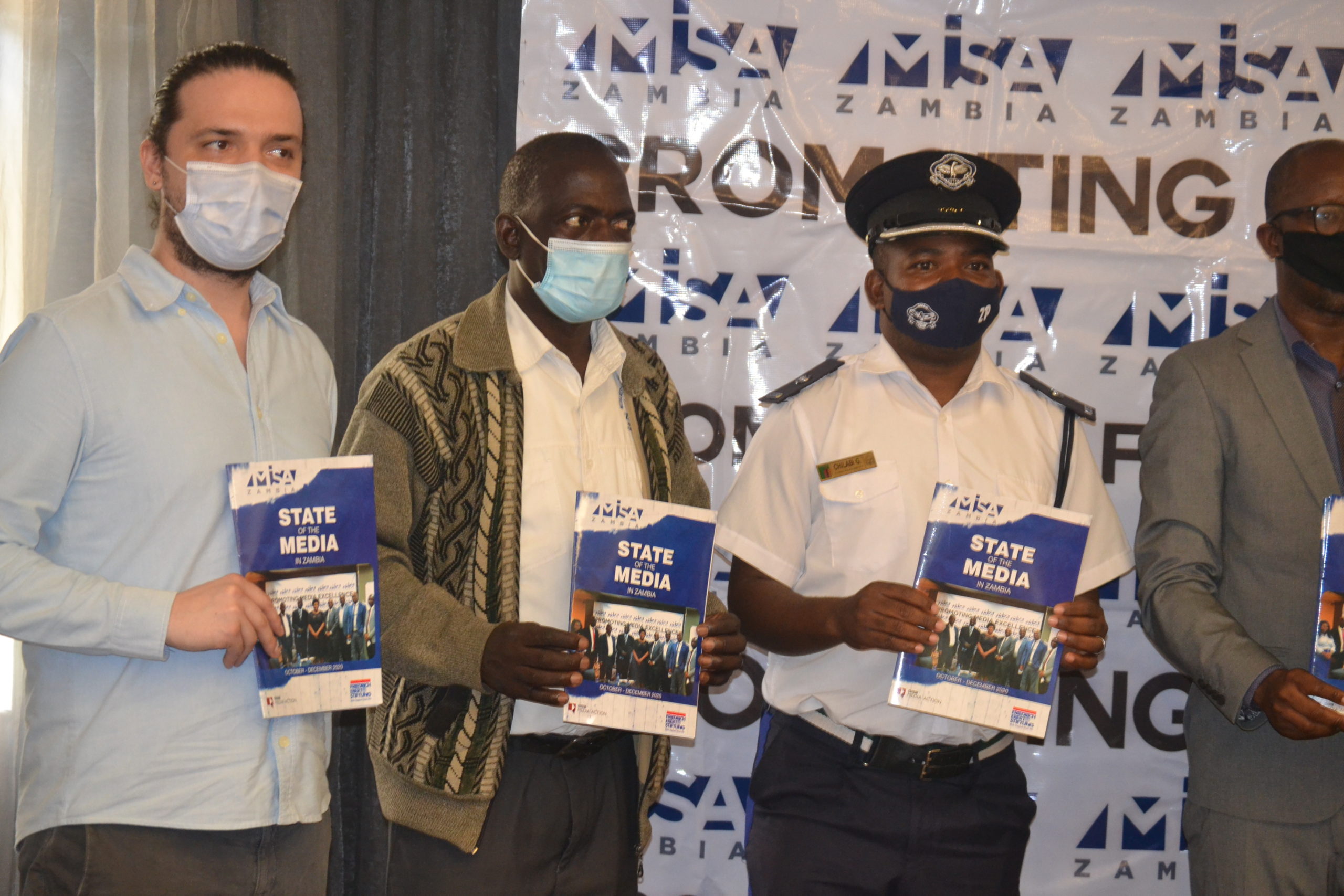 MISA Zambia has launched the State of the Media report for the fourth quarter of 2020.

Speaking during the launch of the report, MISA Zambia Chairperson Hellen Mwale in a speech read on her behalf by MISA Zambia Board Treasurer Jetty Lungu says there is need for the Zambia Police Service to be more vigilant in shielding the media against violence, intimidation, and harassment as the country heads to the polls this August.

Mwale says it is the duty of the police to ensure that every citizen in Zambia, including journalists, feel safe.

“Protecting the media is a duty that we ought to fulfil if our country is to have citizens who are able to hold the government accountable. This is because the media is at the core of democracy”, she says.

A summary of the report findings are;