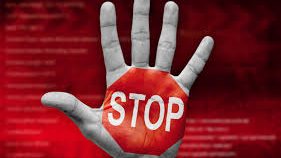 21 Nov, 2018
MISA Zambia is shocked that police have a warrant to search computers of Prime Television for footage which police allege borders on defamation of the President.

MISA Zambia has learnt with disappointment that Police have obtained a search warrant to search Computers and servers of Prime Television Limited for footage aired which they alleged border on defamation of the President.

We are shocked that according to the search warrant, police want to access the story quoting Members of Parliament for Bweengwa and Choma Central in which they are alleged to have issued remarks at a rally that PF cadres have been given police uniforms to use on the Copperbelt, in apparent reference to UPND President Hakainde Hichilema’s appearance at police in Ndola which took place today.

While we do respect and uphold the due process of the law and the route the police have taken, we however take strong exception to this level of intimidation to a media house doing its work of informing the public on a matter of public interest. There is no need to search servers for a libel matter. At best and as usual, request the Television station for footage required!

We further are disturbed that earlier today police did not only block journalists from the private media who turned up to cover the questioning of the UPND leader by police at Ndola Central police over the ZAFFICO issue, but also detained a ZANIS journalist who was filming the blockade police had mounted ahead of Mr Hichilema’s arrival. This coincidence is too careless and too much and therefore abuse of power on the part of police.

We are suspicious that police have for the first time had to obtain a search warrant to obtain footage which they have in the past easily requested for through written correspondence. What other motive would police have to search the Television Company for footage they can ask for than intimidation? This conduct is smelly of abuse of their powers and process to instil a chilling effect in the knees of journalists in the country and is undemocratic!

We know that a search warrant allows police officers to ransack the files of a broadcast house and takes not only hours but disrupts the smooth production process of the news and current affairs department. It also breeds fear and uncertainty among our members. We don’t want it!

This is unnecessary and aimed at intimidating our members and as MISA Zambia we strongly condemn the route taken even if it is on firm legal procedure, it is unnecessary! This is surely an intimidation to the operating environment of the television to operate and as a result it will encourage self-censorship by the media and the consequences of it will work against the interest of the public and democracy.

The media should not be gagged, harassed, manipulated and intimidated in such a manner as this is a violation of media rights and freedoms. We therefore appeal to relevant authorities to reconsider this position and if necessary and so absolutely a necessity, request Prime Television to give police that required evidence.

Prime Television is a messenger only conveying information to the public and should therefore not be gagged.

Since police have identified the Members of Parliament who allegedly issued defamatory remarks against the President, why not go after the parliamentarians than resorting to acts of intimidating the media? In any case police should have been more grateful to Prime Television for reporting a crime as good citizens and therefore must be commended and not harassed.

We appeal to the Inspector General of Police Kakoma Kanganja to halt the intended search and ask for information his office requires. The matter has not even been submitted for prosecution before the courts of law to warrant such an apparent heavy handed action on a noble institution doing its work.

The UPND government says it has embarked on key policy and legal reforms aimed at widening the space for freedom of expression and freedom of the media. Speaking during the legal Hand Book launch this morning, Permanent Secretary in the Ministry of Information and...

MISA Zambia has launched a legal handbook that highlights various laws that relate to the freedom of expression, media freedom and digital rights in Zambia and how these laws impact these rights and freedoms. The handbook is divided into seven (07) modules including;...