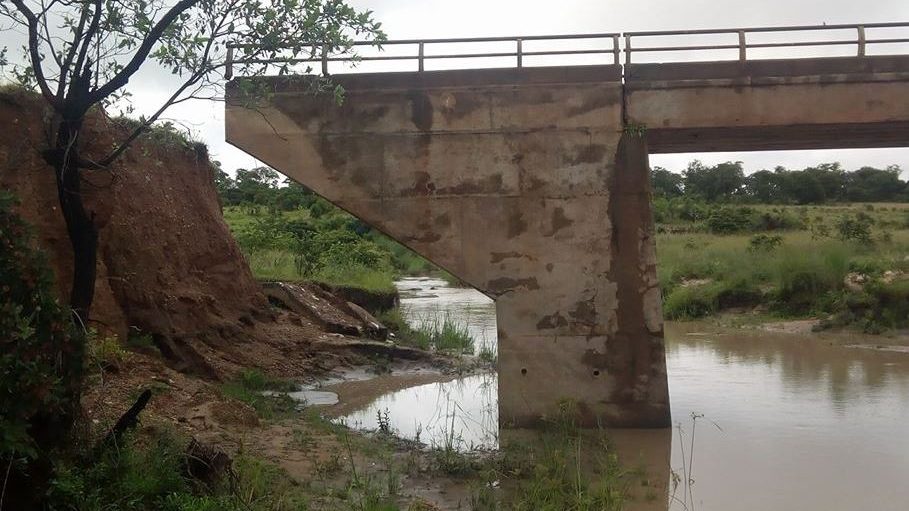 Every trip to Kalomo boma is a constant struggle for motorists and commuters using the Kalomo – Mapatizya road as works on the damaged Nalubumba Bridge remain uncompleted after one year of its collapse.

Nalubumba is one of the bridges in Kalomo that collapsed due to intense rainfall experienced during the 2016/2017 rainy season, cutting off the population leaving across Nalubumba River from Kalomo boma.

Members of Mweebo Radio Listening Club brought it to light that with the of rain season in full swing, people are being forced to use the Zimba route to Kalomo boma which is over 100Kms further as opposed to 40km across the river making community members pay a double fare for the journey.

During the programme, People’s Voice, the listeners complained that their children endure a daily risk on their lives crossing the Nalubumba River to access education adding that the long distance their children travel to school everyday is enough punishment.

And Sipatunyana Ward councillor Alfred Siampola said the proposed project to sink a borehole for the community at Kapaulu area in Kalomo under Constituency Development Fund will have to wait as funds meant for the project will be diverted to rehabilitate the damaged bridge.

But Kalomo District Council Chairperson, Coy Makaya said the problem at the bridge is too big for the Constituency Development Fund, urging government to expeditiously move in before something worse happens.

Makaya who visited the site expressed disappointment at what he described as “a disaster” which could have been avoided had the relevant authorities responded on time.

The radio programme is being facilitated by MISA Zambia under its Promoting Awareness of Social and Democratic Governance through Community Radio Listening in Kalomo district project with support from Canada Fund for Local initiatives.

The goal of the project is to provide space for interaction between the rural and marginalized groups with duty bearers through the Community Radio Platform and contribute to strengthened environment for social and democratic accountability in Kalomo district.