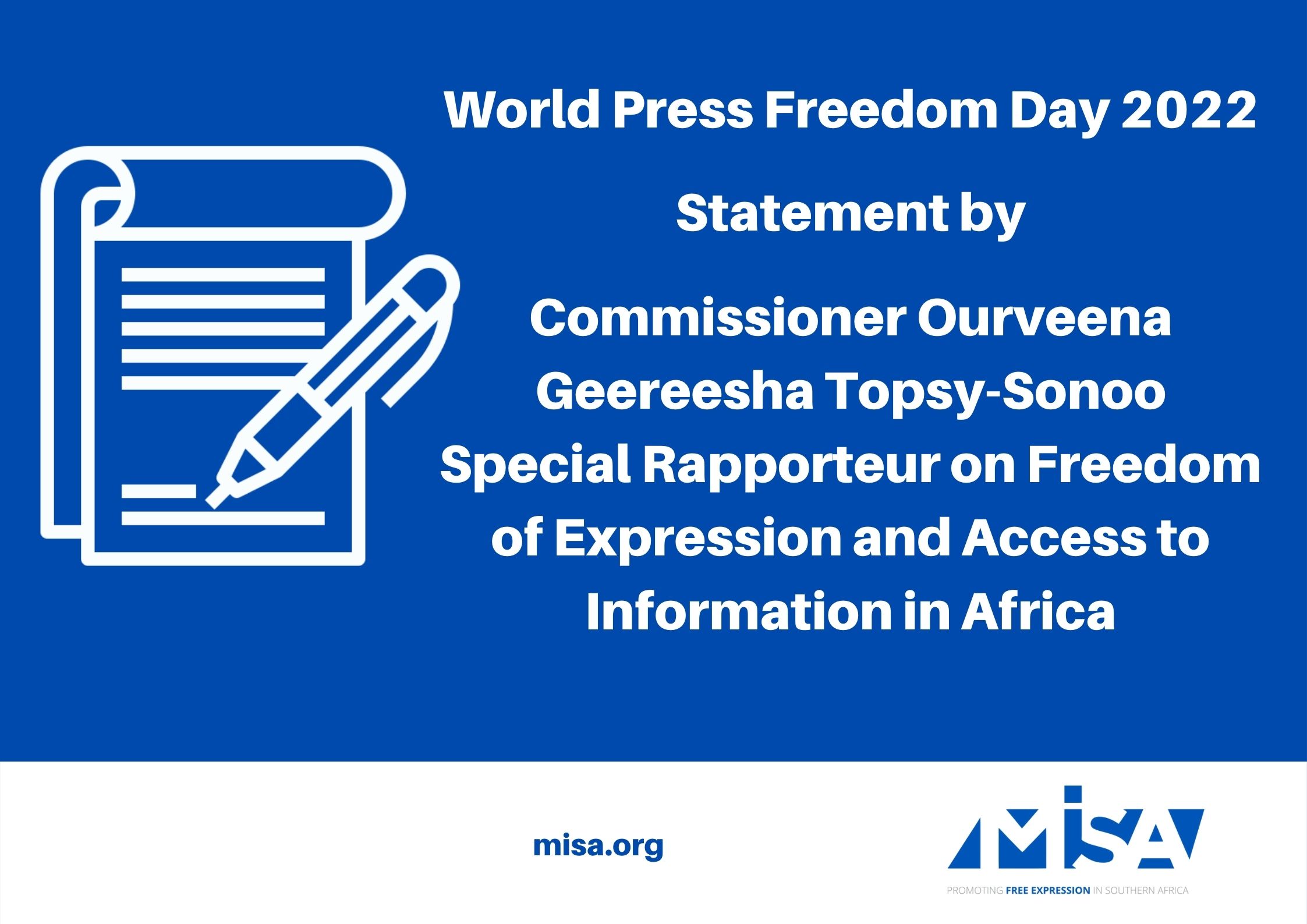 9 May, 2022
This post was broadcasted from MISA Regional.
This is a statement by Commissioner Ourveena Geereesha Topsy-Sonoo on the 2022 World Press Freedom Day

At the outset, allow me to thank the Media Institute of Southern Africa (MISA), for convening this Regional Conference on the Safety and Security of Journalists in Southern Africa, being held in advance of World Press Freedom Day which will be celebrated globally tomorrow.

The world we live in today is fast changing together with the nature of threats and attacks against journalists.

In the past, attacks against journalists were physical and were easy to detect, but with advances in technology, the attacks have become more sophisticated and more difficult to detect or to categorize them as such.

The theme for this year’s World Press Freedom Day commemorations, Journalism Under Digital Surveillance, serves as an important signpost that illustrates the emerging nature of attacks on journalists and media workers.

Governments and big corporations are increasingly using new technologies to undermine the right to privacy and thereby infringing on the right to freedom of expression and access to information.

The digital surveillance of journalists on the continent is a crisis that has been growing exponentially and threatens to expand even more if no steps are taken. This is exacerbated by the increasing usage of Artificial Intelligence and its almost limitless capabilities for the purposes of digital surveillance. There is already evidence of strong digital surveillance in Africa, most notably the installation of facial recognition cameras from Huawei.

Journalists across the Continent have expressed frustration at phone tapping, being followed around and being digitally monitored by State agents. This surveillance of communication has also been used to blackmail journalists into ending their investigations and not publishing their stories. The use of facial recognition technology threatens to expose sources as it can identify individuals meeting with journalists. Anonymity is also threatened by decryption and surveillance of journalists’ digital movement.

All of these examples demonstrate the significant strain that digital surveillance places on journalistic work. Journalists are being intimidated, silenced, and exposed.

It was in recognition of the fundamental importance and cross-cutting nature of the right to privacy that my mandate, for the first time, devoted attention to privacy in the development of the revised Declaration of Principles on Freedom of Expression and Access to Information in Africa, which was adopted by the African Commission in November 2019.

In addressing State responsibilities in the context of freedom of expression and access to information on the internet, the Declaration specifically introduces three key principles on privacy addressing: the scope of the right to privacy; privacy and communication surveillance, and the basic requirements of legal frameworks on privacy.

Additionally, the Declaration stipulates in Principle 20 (2) that “States shall take measures to prevent attacks on journalists and other media practitioners, including murder, extra-judicial killing, torture and other forms of ill-treatment, arbitrary arrest and detention, enforced disappearance, kidnapping, intimidation, threats and unlawful surveillance undertaken by State and non-State actors;” ideally this should be extended to protection from online attacks on journalists.

Ladies and Gentlemen, this year’s World Press Freedom Day commemorations come against the background that has seen a number of Southern African countries acquiring sophisticated software to monitor the behaviour of their citizens online. This is particularly worrying given the potential of undermining the right of access to information and freedom of expression, and by extension the emerging right to privacy.

While gains have been made in the promotion and protection of freedom of expression and access to information, such as adoption of legislation on access to information in a number of African States, there has been a race to enact cybersecurity laws which can have the effect of reversing the gains of the past decade or so.

Esteemed guests, the COVID-19 pandemic has brought with it new challenges, which were unthinkable just two years ago. The internet and social media tools have become more ubiquitous than ever before, with people working from home, while students have been fast-tracked into online learning. While it seems as if we are slowly emerging from the pandemic, its effects may be with us for much longer.

With the increased use of online technologies, citizens are unknowingly sharing private data. These digital footprints are a potential weapon, which, if accessed by hostile elements, can be used to undermine the right to privacy.

As advocates for freedom of expression, we have a responsibility to inform and educate our audiences about the importance of privacy and digital security.

Competencies in digital security and privacy are key in accessing information and freely expressing ourselves in this digital age. While these may seem like abstract issues at the moment, privacy will increasingly become central to how we communicate and receive information.

At the centre of the journalism profession is the protection of confidential sources of information, as stipulated in Principle 25 of the Declaration. If the right to privacy is undermined through digital surveillance, then fewer people will be willing to share information. Citizens will also not be able to access information that is needed for them to make informed decisions about their lives.

Ladies and Gentlemen, as we celebrate World Press Freedom Day, we need to remind ourselves about the centrality of access to information and freedom of expression in our lives. These rights are enabling rights which help us enjoy all other rights that are enshrined in our respective Constitutions and Bills of Rights.

Esteemed delegates, we have a duty to protect the right to freedom of information and freedom of expression.

As journalists, CSOs, corporates and Governments, we have the immense responsibility of ensuring that new technologies work for us rather than against us!

Allow me to congratulate you, journalists, globally, continentally and regionally, for your resilience in such complex times, wherein you continue to discharge your duties.

In closing, allow me to wish you fruitful deliberations during this Conference. I look forward to receiving information on the outcome of the discussions held. 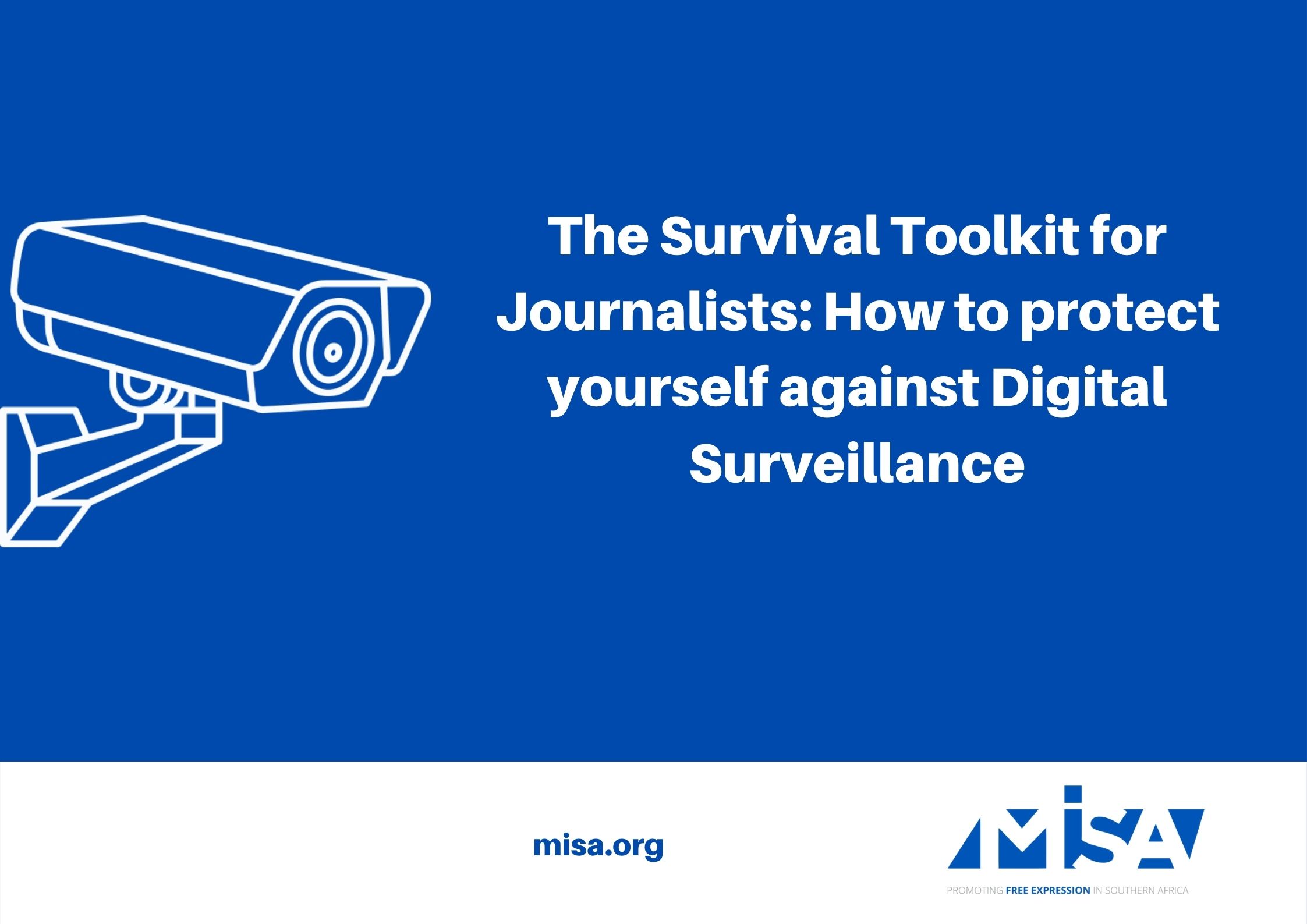 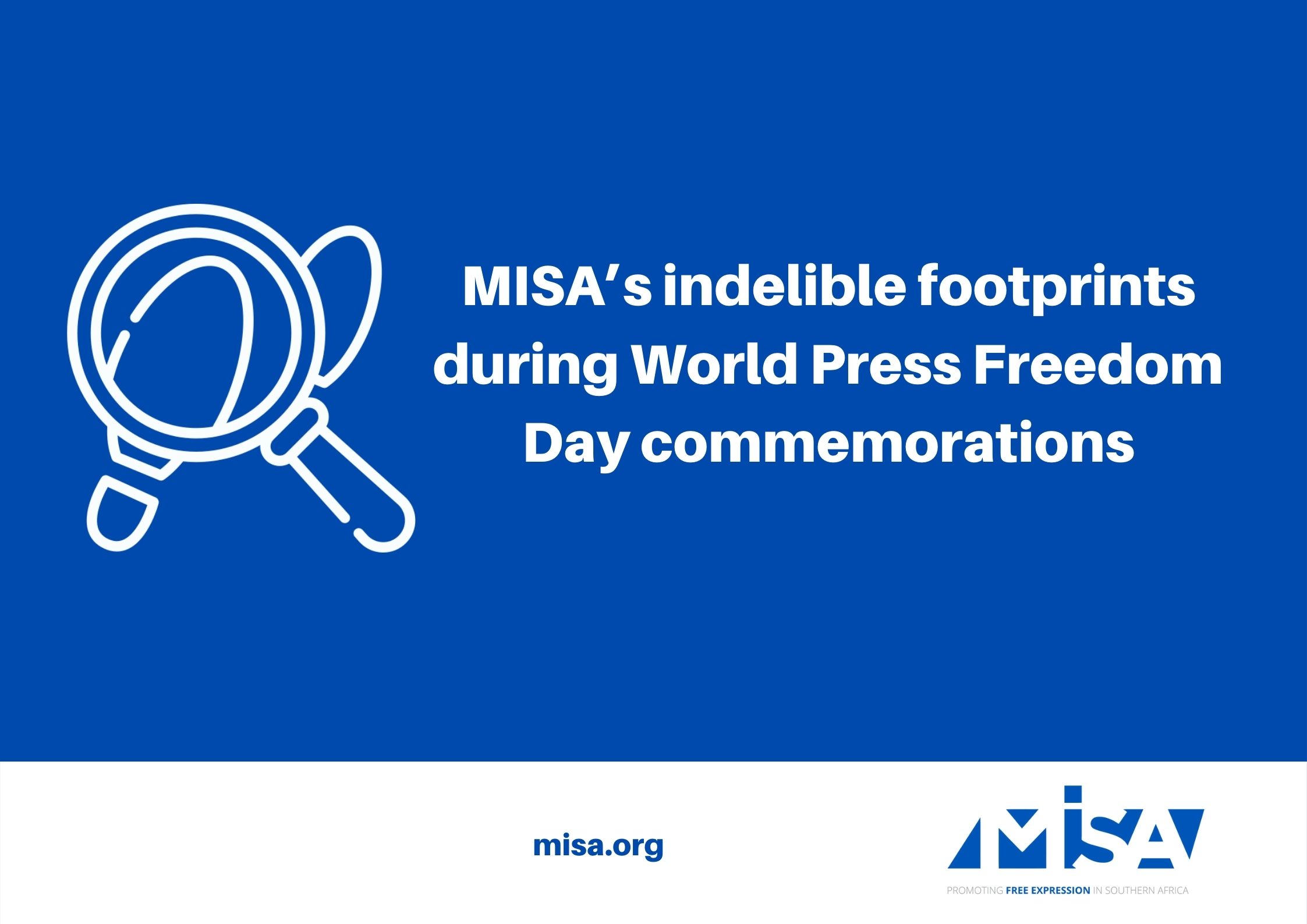 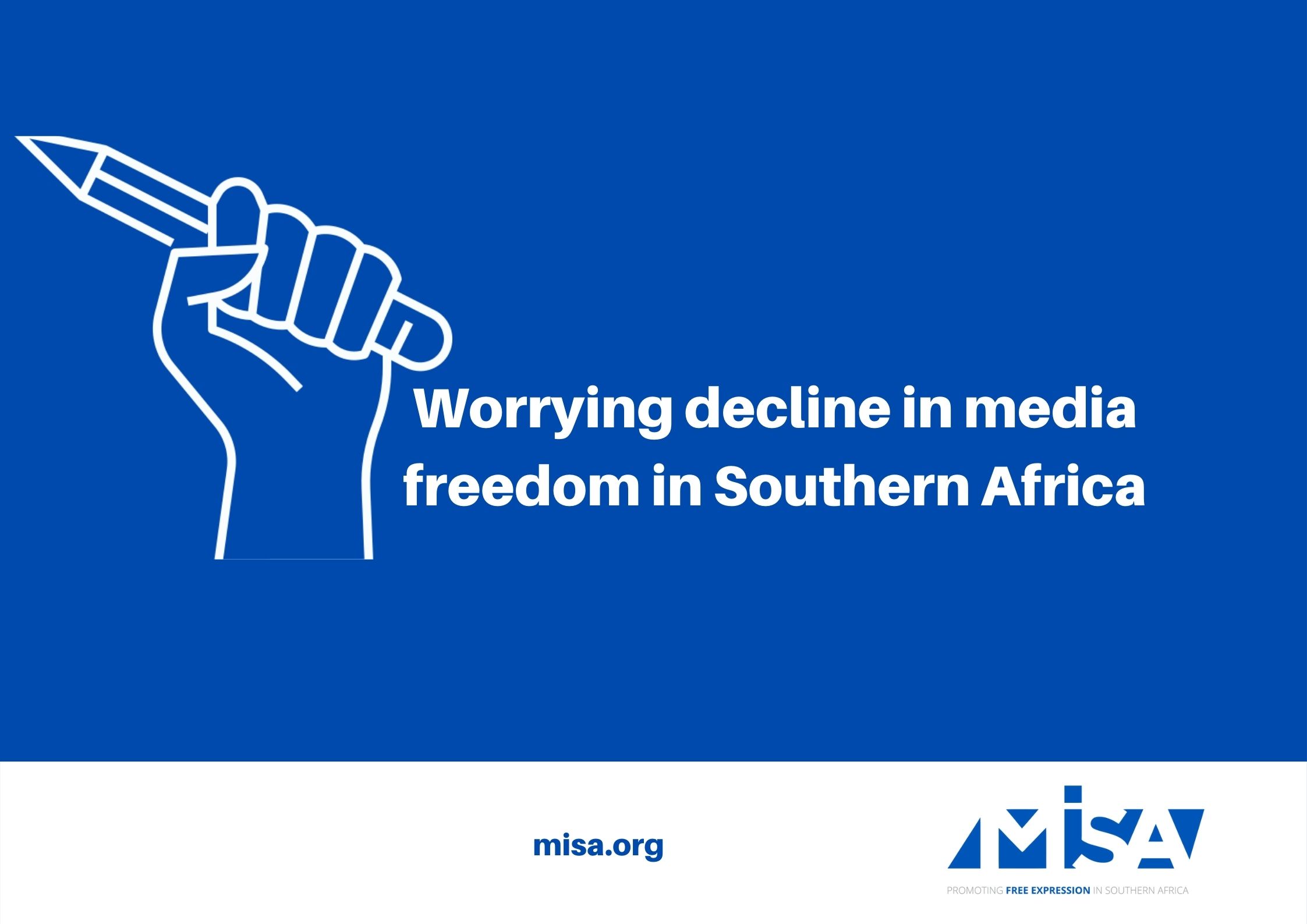 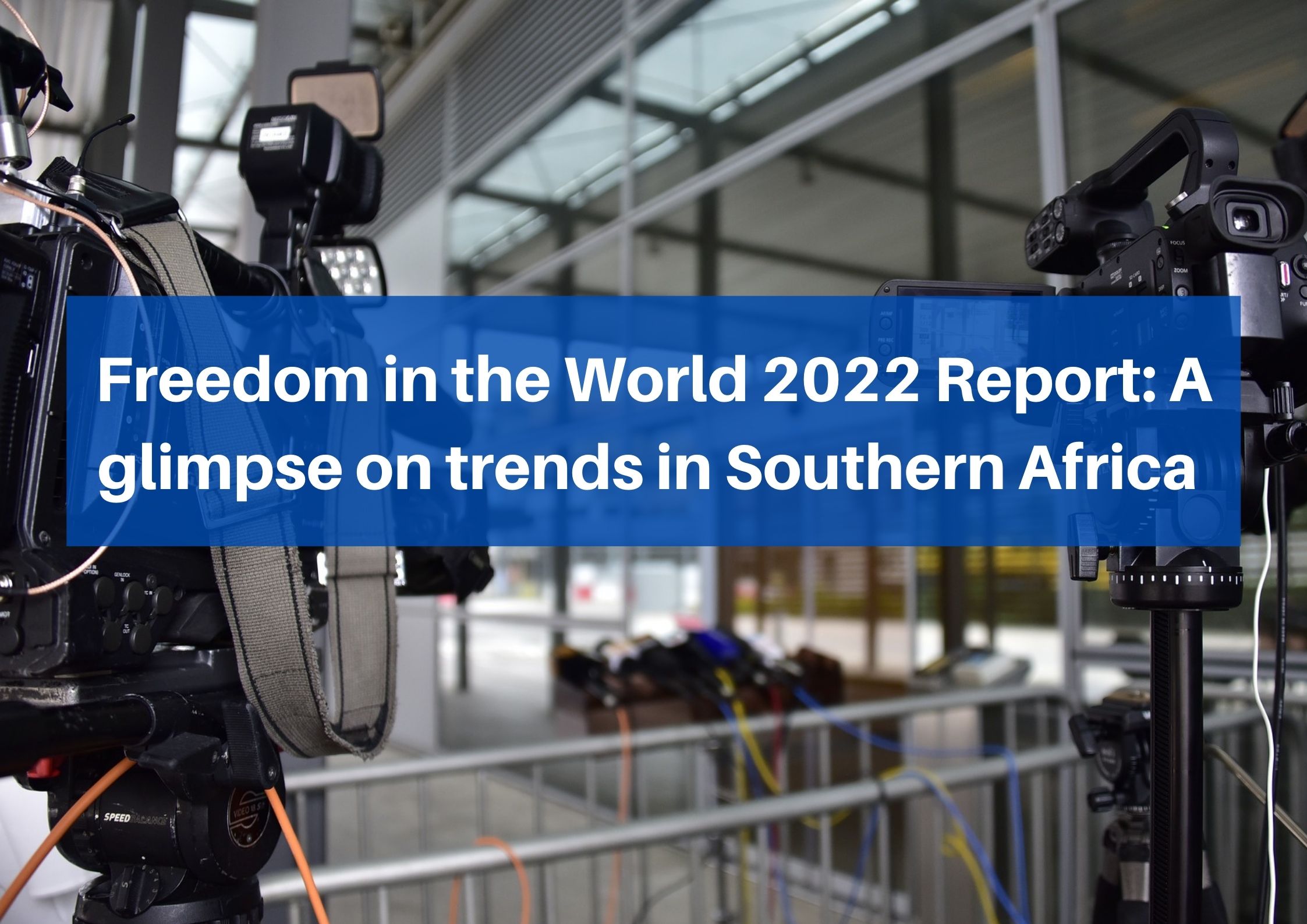