Cyber laws are a threat to democracy and must be halted 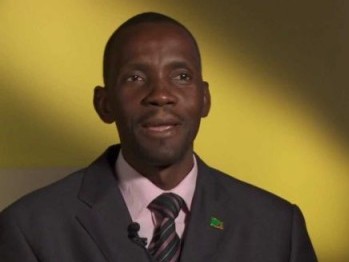 Government has been vehemently pushing for the introduction of the cyber laws whose Bills are yet to be presented in the National Assembly in June according to the Minister responsible of communication.

The contents of these Bills, such as Cyber Crime Bill, have been kept under “key and lock” in the Ministry of Communication, which is signal of closed democratic system and sinister motive behind the introduction of these Bill or laws.

Any law making done in good faith entails the involvement of citizens as a paramount ingredient to ensure openness and inclusiveness of the process. Law making should not be an exclusive exercise right of the executive and its surrogates.

Law makers must be continuously engaged in pursuit of legitimate legal outcomes rather than legal text. The legitimacy of any law includes “legal legitimacy” derived through conformity to relevant legal rules, principles and norms, “political legitimacy” reflected in the national ownership of the law while lastly but not the least “moral legitimacy” which is an embodiment of a relationship between the law and the shared values that underlie the moral basis of the state and society.

Therefore, the proposed cyber laws which are crafted in the darkroom triggers a “battle for democracy” because they aim at shrinking the only existing free space-the internet-which has been offering numerously online spaces for citizens to enjoy their freedoms and rights of association, assembly and expression.

We all know that currently, the above freedoms have been shrunk by existing old colonial laws such as the Public Order Act (1955), the Penal Code (1930) and now new ones like NGOs Act (2009), Anti-terrorism Act (2007), et al which limit the physical citizens’ spaces to enjoy their rights and freedoms such as association, assembly and expression necessary ingredient in a democracy.

This is why more and more citizens have resorted to use of internet tools to enjoy their right to access daily information and media rights and the rights and freedoms associated with democracy because there still exist free spaces in the cyber space.

Now the powerful and the government feel the internet has become a big threat to them and want to regulate and shrink this space using cyber laws. This automatically entails regulating freedoms of association, assembly and expression. Mind you millions of Zambians use the internet to access information and enjoy media rights, freedom of associations, assembly and expression which are impossible to be enjoyed using the physical spaces due to draconian and maladministration of laws.

WhatsApp groups, for instance, have provided ideal platforms for citizens to enjoy their freedoms to assembly, association and expression. Every evening these platforms become hyper active with group members sharing information and expressing themselves on various topics, an exercise impossible using physical space where police permits are required.

Political parties, for instance, now use live Facebook streaming to reach out to their audiences which they could not do using traditional media since it does not accommodate them. Where will they go once this space is closed or restricted by cyber laws?

Therefore, fellow citizens, political parties, church, academician, students, let us all unite and HALT the introduction of these draconian cyber laws till we see and appreciate their contents.

Allowing them to pass without setting your eyes on them may be contributing to the death of democracy in Zambia as these laws are likely to restrict your use of internet tools such as WhatsApp, Instagram, Twitter and mobile products such as SMS et al, which are necessary ingredients for your effective participation in national affairs.

The Technical Working Group (TWG) on Statutory Media Self-Regulation has mapped out a road map on the set-up of the statutory self-regulation Body- Zambia Media Council (ZAMEC). In a communique issued to the media, TWG Chairperson Ernest Chanda says the media...