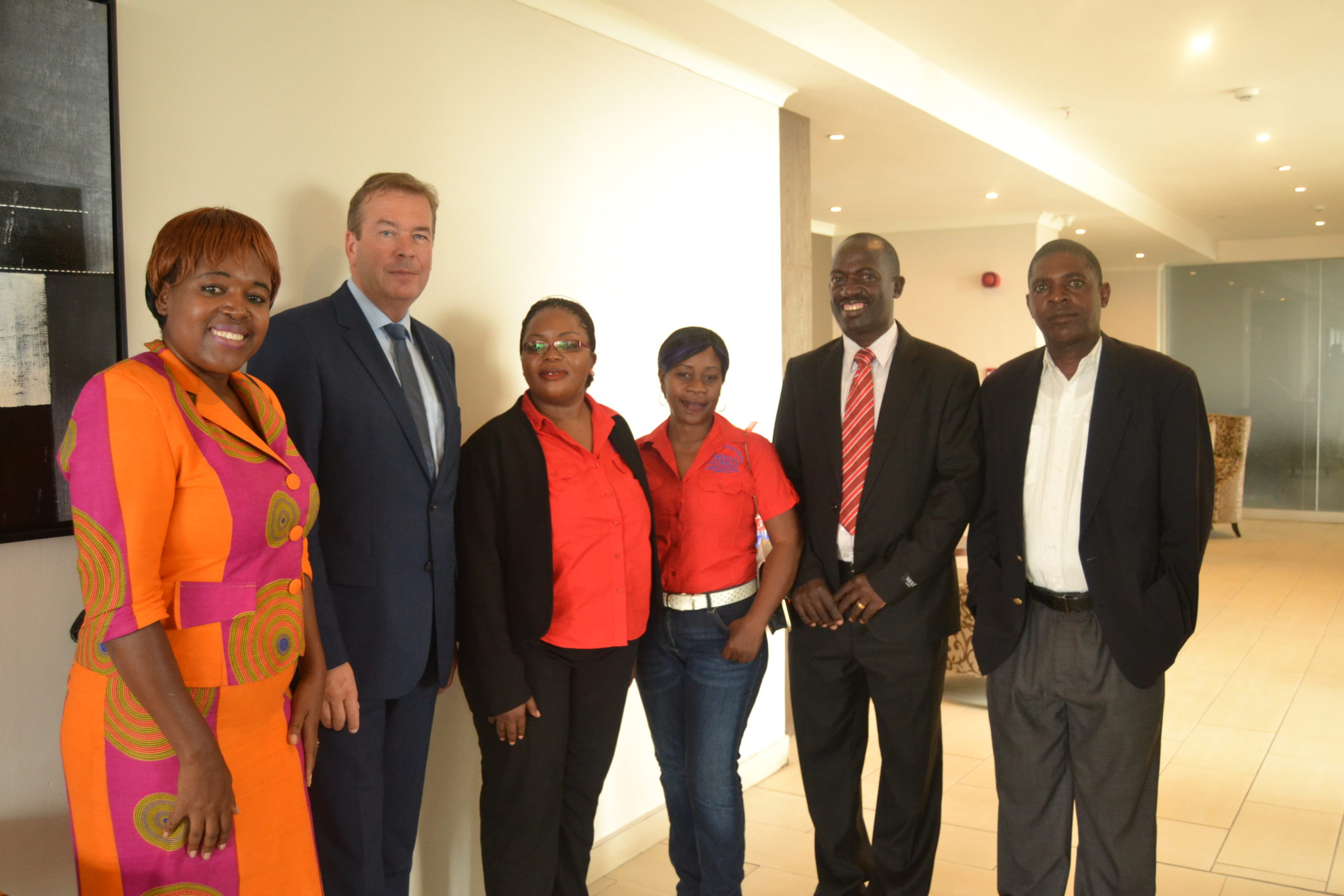 10 Apr, 2016
Germany' Ambassador to Zambia stresses that the actions or omissions of the government must be subject to the close scrutiny by the public.

German Ambassador to Zambia Bernd Finke stated that in a democratic system, the actions or omissions of the government must be subject to the close scrutiny not only of the legislative and judicial authorities but also of public opinion.

He was speaking at the launch of the State of the Media Report 2015, held earlier in the year.

He noted that the dominant position held by the government makes it necessary for it to display restraint in resorting to criminal proceedings, particularly where other means are available for replying to the unjustified attacks and criticisms of its adversaries.

Present at the launch were MISA Chairperson Hellen Mwale and the MISA National Governing Council, FES Resident Director Helmund Elisher. Others included the Irish Embassy head of mission among many representatives from civil society.

Fr. Ng’andwe was recently elected at the MISA Zambia Annual General Meeting held on 28th May 2021 in Lusaka and pledged among other things to take the institution to another level by growing its membership. Fr. Benedict Mwelwa Ng’andwe passed on in the early hours of...

On 4 June 2021, the Media Institute of Southern Africa Regional Governing Council elected its new leadership. The RGC held its meeting at the Holiday Inn in Harare, where it elected Golden Maunganidze as its chairperson. He will be deputised by Nkoale Ts'oana Joseph,...